The Lowdown on Where C & M Watermelons’ Wine Grapes Come From 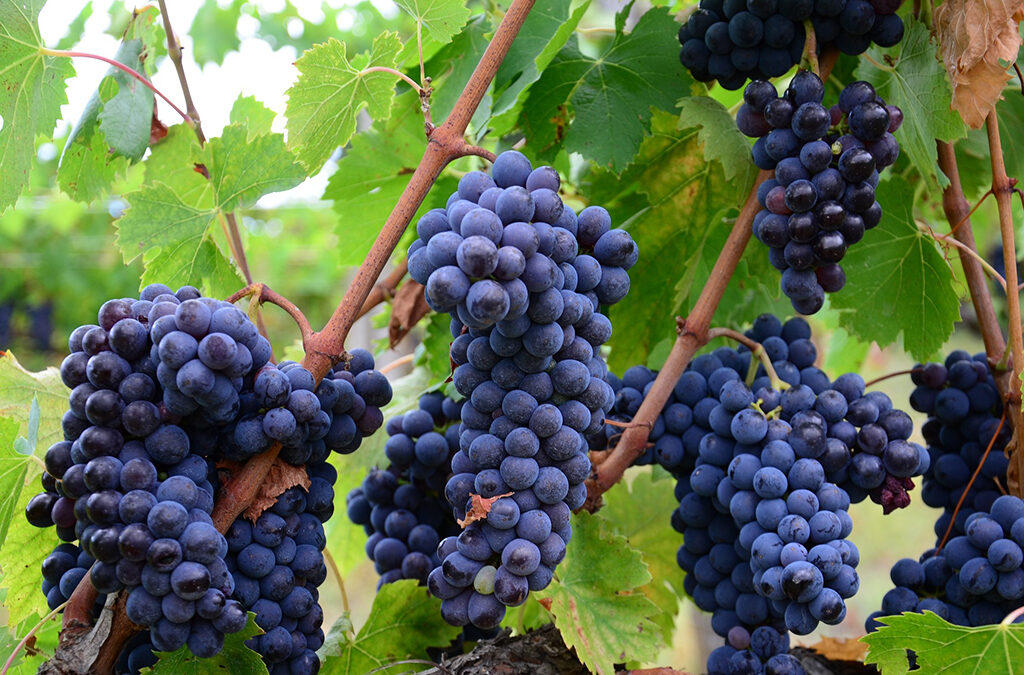 C & M Watermelon Imports Ltd’s wine grapes come from four areas of Italy – Abruzzo, Puglia, Bari and Sicily. Here we look at the areas in a little more detail and why they provide some of the highest-quality grapes the county has to offer.

This is a region of central Italy, although some prefer to say it’s in southern Italy because the country is usually divided into north and south. In this sense, it’s the northernmost part of Southern Italy.

Abruzzo is subdivided into four provinces – L’Aquila, Teramo, Pescara and Chieti. Much of the region contains national parks and nature reserves, which are home to some rare species including the golden eagle, the Abruzzo chamois (a goat/antelope), the Apennine Wolf and the Marsican brown bear.

It’s also very mountainous, which makes it suitable for vineyards. The Appenine mountain range protects the vineyards from any storms which might come in from the west, and the eastern vineyards enjoy a Mediterranean climate (with dry summers and mild, wet winters) courtesy of the Adriatic Sea. All of this means that the region is ideal for viticulture, with it producing more than 22 million cases of wine every year. Among the most popular grapes is the Montepulciano, which we specialise in importing to the UK.

This region, which is also known as Apulia (Puglia is the Italian spelling), runs along a narrow strip all the way down the southeastern side of the country, right down to the point of the heel. This long coastline means it has plenty of stunning beaches to enjoy.

Like much of Abruzzo, it enjoys a typically Mediterranean climate. This makes it ideal for growing olives as well as grapes. The region is responsible for around 49% of Italy’s olive oil production. It is also home to two national parks, Alta Murgia and Gargano.

As far as viticulture goes, Puglia is divided into three areas – Foggia in the north, Bari and Taranto in the centre, and Brindisi and Lecce in the south. Sangiovese, another of our grape specialities, is widely grown in this region, although the Montepulciano grape is also common in the region. Most of the grapes produce a full-bodied red wine which will pair well with a wide variety of foods.

This city (which is effectively the capital of the Puglia region) and its metropolitan area, is the second most important economic centre in Southern Italy, after Naples. There’s also plenty for those who like history with a thriving ‘old town’ which includes the Basilica San Nicola and the Cathedral.

Here the grapes are generally used to produce red wines like in the rest of the Puglia region, although other grapes grown here are used to produce sweet white wines. Many of the vineyards in this particular part of Puglia offer guided tours and tastings if you want to try before you buy.

If Puglia is the heel of Italy’s boot, then Sicily is the island off the toe off the boot. It is sometimes known as God’s Kitchen, because it produces so many high-quality foods and wines. Sicily is also famous for Mount Etna, the biggest active volcano in Europe, and (like Puglia) its sandy beaches and crystal-clear waters on the Mediterranean Sea.

Again, the island enjoys a typically Mediterranean climate, which is suitable for growing a wide variety of grapes. Shiraz grapes are grown here and are often blended with Nero d’Avola varietals for red wines, and many indigenous white varieties along with international varietals like Chardonnay and Sauvignon Blanc. Montepulciano and Sangiovese grapes are also grown on the island.

If you are based in the UK and want to buy Italian wine grapes, we are the people to call.

We import only the finest quality fruit (as with our watermelons) and can deliver to all parts of the UK, including Cardiff and South Wales, as well as Manchester, Birmingham and our home base of London. If you would like to know more, follow this link or call us directly on 0208 345 5555.