The Key Growth Stages of Watermelons 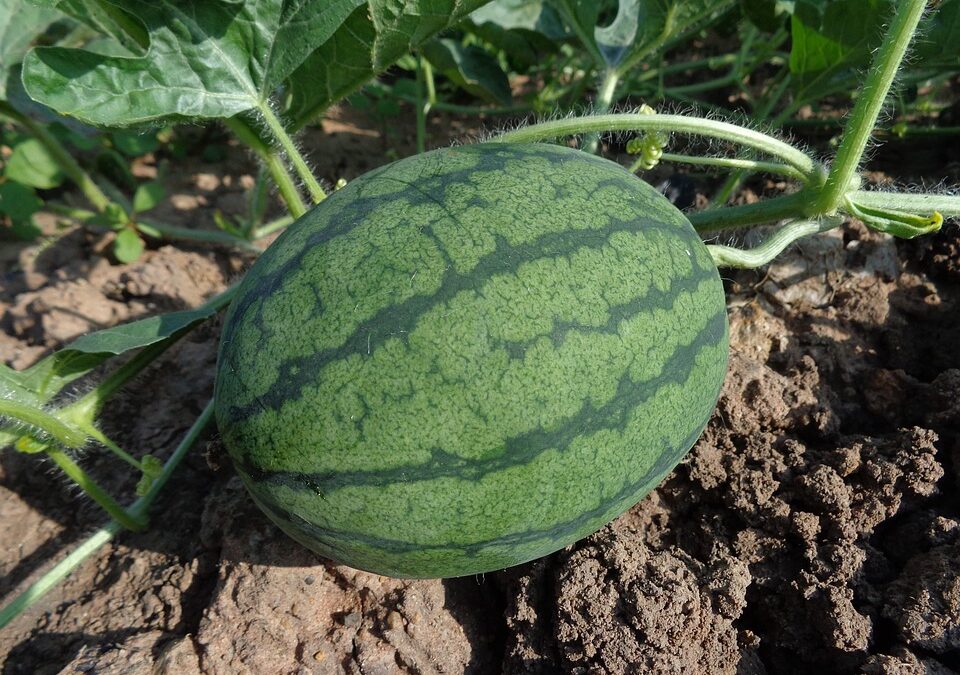 The human race has cultivated watermelons for thousands of years. Originally they were native to southwest Africa, but are now grown in hot climates all over the world. But how do they grow?

C & M Watermelon Imports Ltd is a watermelon importer based in London. Here we take you through the key growth phases of this juicy and delicious fruit.

The first step is the watermelon seed. They are sold in packets, but can also be harvested from existing fruit. The seed itself is hard, small and black (the harder the better, as this improves its chances of growing and flourishing).

Ideally, watermelons are planted outdoors. However, because it can’t tolerate sharp frosts, it is sometimes propagated indoors. The soil temperature should consistently be at least 60F (the ideal temperature range is 70-85F), so that rules out many UK locations. Watermelons thrive best in sandy loam soils and should be planted at least three feet apart to give them plenty of space to grow.

After between four to 14 days, provided they have been watered and kept moist, the watermelon seed should start germinating. Some roots and small embryonic leaves known as cotyledons should begin to appear – this is also known as the sprouting phase.

If they have been planted indoors (for example, in a seed tray), then they should be transplanted into the soil outside after about three weeks. However, it’s best if they are grown directly in the soil because it’s easy to damage the roots.

After the initial two-week period, the plant will continue to grow and sprout more leaves (known as ‘true leaves’) over the next seven days. This is usually the point at which the main vine appears. This can be up to 12 feet long, and usually gives rise to some smaller vines (which grow out of the main vine) as well. Once this starts to happen, the plant should begin to develop some flowers. The male ones open before the female ones – usually the gap is 10 to 14 days.

Watermelons contain both male and female flowers, so can self-pollinate if they open on the same day, but this is unlikely given the typical gap. Therefore, insect pollination (usually bees, but it can be wasps and other nectar-seeking insects) is much more likely.

It can also be done manually by collecting pollen from the stamen of the male flower and depositing it in the female blossom, but it’s better to let nature take its course. Nature can be given a helping hand if beehives are installed nearby, or if the watermelons are grown alongside or near other flowers or shrubs which also attract pollinators.

After pollination, a tiny bulge will begin to form behind the female flower. This will slowly swell over the course of around a month into a fully-fledged watermelon. The exact time here will depend on the variety – smaller ones mature more quickly – and climatic conditions.

This isn’t the same as the fruiting phase. It takes place around a month after that, although again the time will depend on the variety and the climate. There are a few clues which indicate when a watermelon is ripe and ready to be harvested;

After harvesting, the watermelon’s vines begin to dry out and die. However, the life cycle can begin again as the seeds from the harvested fruit can be dried out and replanted.

It can be difficult to grow watermelons successfully in the UK, which is where C & M Watermelon Imports Ltd come in. We specialise in importing watermelons from Morocco and Greece with a particular focus on the Peloponnese region, and all our watermelons should be of the very highest quality. The full range of varieties we import can be found here.

We can supply watermelons to all major UK cities, from as far south as Southampton to as far north as Glasgow. We can deliver anywhere within the M25, and for destinations further afield throughout the UK and Ireland, we can arrange transportation and shipping.To find out more, you can call us on 020 8345 5555. Our full contact details can be found here.